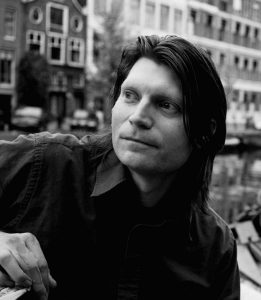 Peter has written for stage, radio and paper. He blogs infrequently on a number of subjects.

Peter is a versatile writer with a passion for comic stories. He has had jokes and sketches performed on Dutch TV (Comedy Central News) and BBC National Radio (NewsJack, Weekending and News Huddlines), on stage in London, Edinburgh and Amsterdam, and the internet. He has contributed stories, spoof news items, comic lists and reviews to Mustard Magazine, Blogcritics.org (syndicated reviews), Utter Newsense, The Brains Trust and ABCtales. As well as his several blogs.

His first novel The Big Yin Yang is published by Lulu, his first collection of short stories is available for e-readers, and he is currently completing a guide to improvising common movie genres. He was involved with Situations Vacant writing new sitcoms which were well-received by industry insiders at Sitcom Trials. On top of this he has produced publicity material (web sites, newsletters, etc) for several organisations as well as technical documentation for several companies. And on top of that has written and performed stand-up, spoken word and poetry performed by himself and others.

Born in Kent in the UK, he lived for 15 years in Amsterdam. Naturally humorous, everyone smiles when he speaks Dutch. Once upon a time he had conversations about football in Mandarin but these days he can barely tell the difference between his mother and a horse. He has been on Dutch TV and Slovenian radio. He performs improvised comedy, acts, does stand-up, teaches, voices over and gets obsessed with bands. The number of celebrities he has nearly thwacked or walked right through currently stands at 4.

Peter enjoys most forms of putting pen to paper and finger to plastic square, but especially loves gags, sketches, humorous essays and travelogues. He has a mad scientist approach to words, believing they can be, under the right conditions, mixed, compounded, extracted and cloned. New words can be created from bits of old ones. They can even be brought back from the dead.

"I would like to thank Peter More for being hilarious." -- Joanna Ut-Seong Sio, "Modification and Reference in the Chinese Nominal"