2 actors, 1 story, no script. Mischler & More is a two person improv team that specializes in improvised genres such as Shakespeare, Film Noir and Science Fiction.

Mischler and More teamed up (officially) in 2012 after many years of performing together in various groups and projects. Their mission is to recreate fully improvised, genre-based stories.

The Big: On a dark night, in Los Angeles, 1946, Mischler & More leap headfirst into the murky world of the Film Noir.

The Completely Improvised and Entirely Fantasized Manner of All Things Comedic, Tragic and Shakespeareanly Dramatic Show: M&M improvise a play in the style of Shakespeare drawing on 400 years of theater history and 37-42 plays to create a show of 37-42 minutes.

Space: a science fiction genre where Mischler & More explore the nature of intelligence and emotion, the future of our planet and what it means to be human.

Snatchers: Mischler & More explore this vintage science fiction genre, where aliens come down to earth and mingle with the human race. Who can you trust?

007: In this James Bond genre Mischler & More portray the most sophisticated of spies. With villains, gadgets, girls, stunts and martinis that are shaken not stirred.

“An Evening with Mischler & More” :
Mischler & More venture into vintage sketch comedy in the style of the classic comedy duo May & Nichols. Written sketches, combined with music and improvisation, Mischler and More bring their chemistry, comedy and charisma together in one very funny package.

RomCom: Romantic Comedy is a classic genre and this evening Mischler & More take on love, laughter and mishaps. Boy meets girl and that’s only the beginning.

GoT: 5,000 characters played by 2 people. Improvised slayings, nudity, sex and intrigue. Unlike the original, our show will actually have an ending.

Mischler, Meijer & More: Return to the Present. Combining the genre smarts of Mischler & More and the freewheeling style of Dizzy, we bring you “Return to the Present”, an improvised Time Travel film inspired by the legendary film trilogy Back to the Future and other time travel movies. Time travel was never more fun as we explore paradox, the future, present and the past. Internet, anyone? Cellphones?
Hoverboard parking at owners own risk. 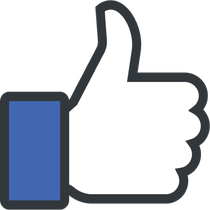